The fairy tale goes on at Kaisy's Delights®! The improbable Austrian chalet erected by Kaisy's Delights® on 1548 Savannah Road in Lewes is now ready to host the Emperor at any moment. Kaisy's Delights® is now offering a finer, yet whimsical, sit-down dining experience in a setting that would be typical of a classy chalet in the Austrian Alps.

"Zum Chalet™" can be found on the left as you enter Kaisy's Delights® in Lewes. Pink napkins in an elegant room await His Royalty and whomever might want to enjoy the ineffable breakfast and lunch options from the Austro-Hungarian Empire. French alternatives and American favorites are on the menu as well, because we are "Kaisy's", right?

Here's a sample menu for the Zum Chalet.

Kaiserschmarrn, aka the Kaisy®, with sausage and peach compote

Quiche, side of salad (veggie)

Farmer's Croque, side of salad (a mushroom interpetation of the croque-madame)

Sweet Tooth and just because

Kaiserchmarrn, aka the Kaisy®, (with our home made whipped cream and your choice of fruit compote or chocolate sauce) add ice cream

Grandma's Latkes with our homemade applesauce

Ice-cream from Bassetts®, homemade toppings, and a touch of Kaisy®

*Our menu is subject to change with the seasons. 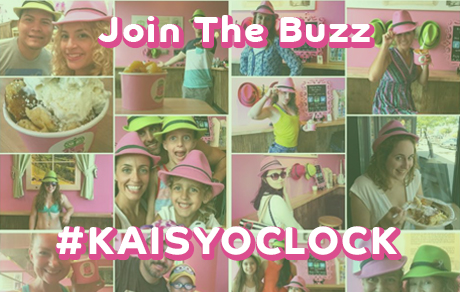